Updates to Mauricio's profile since your last visit are highlighted in yellow. 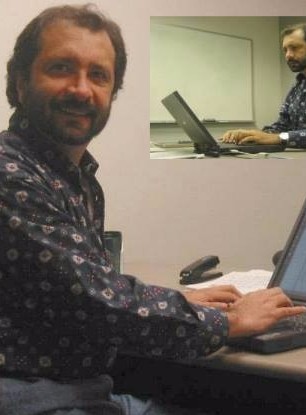 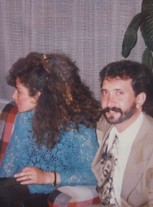 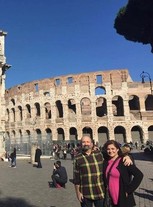 Ivan Solórzano - he's 23 in college in Cologne, Germany - Köln, or Cologne in More…English, is located at the Rhine river in southwestern North Rhine

Jacko Villanueva - he's 32 and married. He obtained his Medical Doctor diploma at Baylor University Medical Center in Dallas, and now he works for Baylor Hospital in McKinney, Texas, and happily married to Laurel.
Comments:

Here you will find a brief history of recent accounts that have shaped my life of what is me and my family today at or near present day Dallas, Texas, U.S. of America. Before this, I went back to Mexico in 1981 and came back to Philadelphia in 1999 and then left for Dallas, Texas in 2000. I married in Mexico on December 13, 1991, had my first child on September 10, 1993. During the years I lived in Mexico, I worked for a time in Santiago, Chile and Bogota, Colombia.

As sports go, I was never too inclined to watch them, much less participate in them. BUT, my kids have a great affinity to martial arts. Both of them are black belts in Taekwondo (3rd dan black belt) and Brazilian jiu-jitsu. I am, in the other hand, a great fencer, not fencing my yard, mind you, but the sport where you use swords such as foils, epee's, rapiers, and the sabre to beat your opponent to submission.

In recent years I joined BACA - Bikers Against Child Abuse, and have been with them for about 4 years. Because I teach fencing also, I was given the road named of "Zorro" by my bike's club. I've been told that I am quiet, but deadly, like Zorro, ha, ha, ha ... :-)

Anyway, because of my involvement with BACA, I might find it a bit difficult to attend the 35th reunion coming up in June, 2013. BUT, if I don't show up, I hope y'all (notice my Texan drawl) have a wonderful time.

My high school story - was member of the Nutshell literary magazine; was manager of basketball team in my junior and senior years; belonged to the Philadelphia Mexican Society; studied piano in the Philadelphia Musical Academy; learned how to play the guitar while at Drexel University in Philadelphia, PA; got a masters in Electronic Systems from Monterrey Institute of Technology; I traveled the world and lived in Madrid Spain for a year; and believe it or not, I invented the cell phone before it became a household item, but I never patented it - too bad :-(