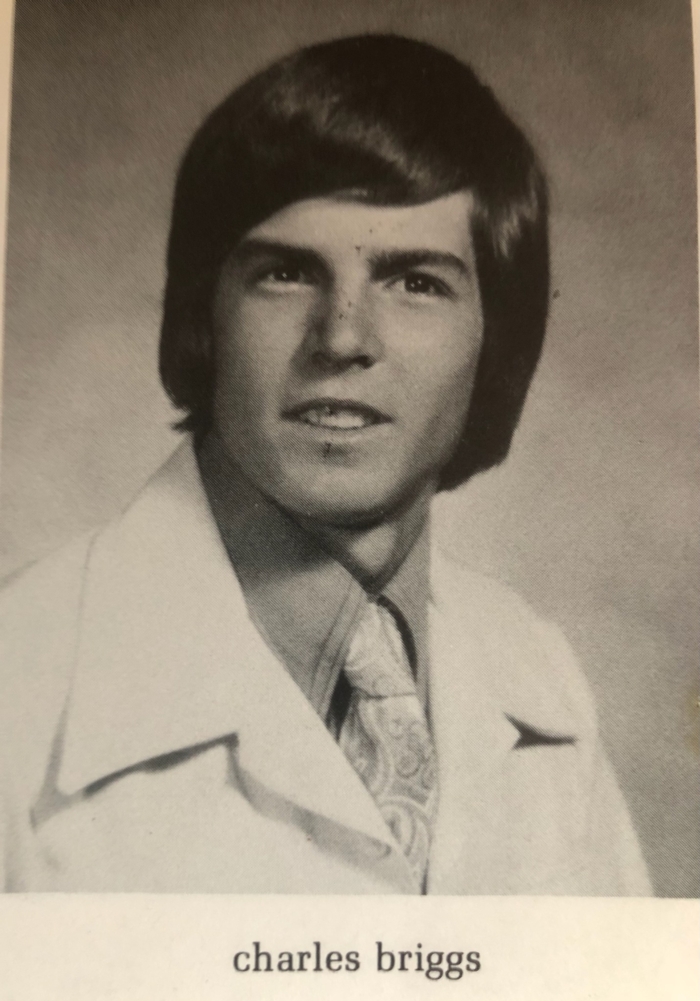 With great sadness, I share the news that our classmate Chucky Briggs passed away earlier this week.

A luncheon will follow at the Riverton Country Club, 1416 Highland Avenue, Cinnaminson, NJ 08077

Charles Henry Briggs Jr., age 61, of Moorestown passed away on Sunday, August 22nd, 2021, after a long and courageous battle with cancer. Heaven gained a new carpenter that day.

Chuck was born on April 1st, 1960, in Mount Holly, NJ. He was a lifelong resident of Moorestown. Chuck was a devoted family man whose carpentry skills facilitated him to serve the community of Moorestown. He was the co-owner of HB Construction for over 30 years. From the young age of just 14, Chuck worked harder than anyone on the jobsites, most of the time swinging a hammer 7 days a week. He was perpetually in motion with projects and endeavors. Some called it controlled chaos, but he never lost track. You would never know the stress of his schedule because an infectious smile never left his face. As a contractor, he did work on many of the homes in the Moorestown area, leaving a little piece of himself behind with every job. His crew usually consisted of lifelong friends and family. He occasionally hired his sons and their friends to work with him, but no one was immune from “not having to show up the next day”. Sure enough, he would always recant and hire them back with a quick phone call. In any case, it was a small price to pay for perfection in his work. He played a part in many people’s dream homes but, sadly, was unable to complete his own perfect escape in the Poconos. 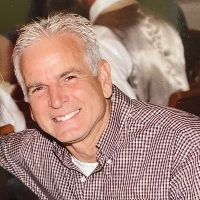 Chuck applied “tough love” with his boys. He stuck a mower in their hands as soon as they could walk and had them hauling concrete forms from foundations in the sweltering summer heat at just 15 years old. This was only because he intended to build them into men. He instilled lifelong lessons within them at a young age. He adored the game of hockey, educating his boys and the rest of Moorestown’s’ youth, harnessing their individual skillsets through coaching MYSHA. The Moorestown Youth Street Hockey Association was always blessed with his presence, as it quickly became his second home while the boys grew up. He also played ice hockey himself on Monday nights with the boys.

Things always seemed to have a habit of following Chuck home: a dog, cats, a boat, motorcycles, snowmobiles, quads, Corvettes, and a Jeep. While purchasing his beloved toys, he was always doing someone a favor who needed the money, but it was ultimately something the family could enjoy using. He could justify every purchase and every decision he ever made.

He is survived by his loving wife and longtime friend, Nicole Briggs (Gregorio). Nicole, who lived just five houses down from him, had a crush from the young age of 7. They would share 37 years together, 32 married. He is also survived by his sons, Charles H. Briggs III (Chaz) and Jeffrey C. Briggs (Jeff); parents Darlene and Charles H. Briggs Sr. (Bud); sisters Margie Mastroianni (Jim) and Sherri (Jack) Briggs-Allison; his many loving nieces and nephews; great niece and great nephews as well. He was predeceased by his sister, Vickie (Michael) Hynes.

Come celebrate 61 great years on Thursday, August 26th, 2021, from 5-7 p.m. at Sweeney Funeral Home, Riverside, NJ. A Mass of Christian Burial will be celebrated Friday, August 27th, 2021, at 10:30a.m. at Our Lady of Good Counsel Church in Moorestown, NJ. In lieu of flowers, donations may be made to a charity below:

Welcome to the Moorestown High School Class of 1978 Web site, where...

"all the world's a stage

all the men and women merely players;

they have their exits and entrances;

and one man in his time plays many parts..."

Other things to do while you're here:

Not a member? Join Here. Find and click on your name.

WHERE ARE THEY NOW

Who lives where - click links below to find out.